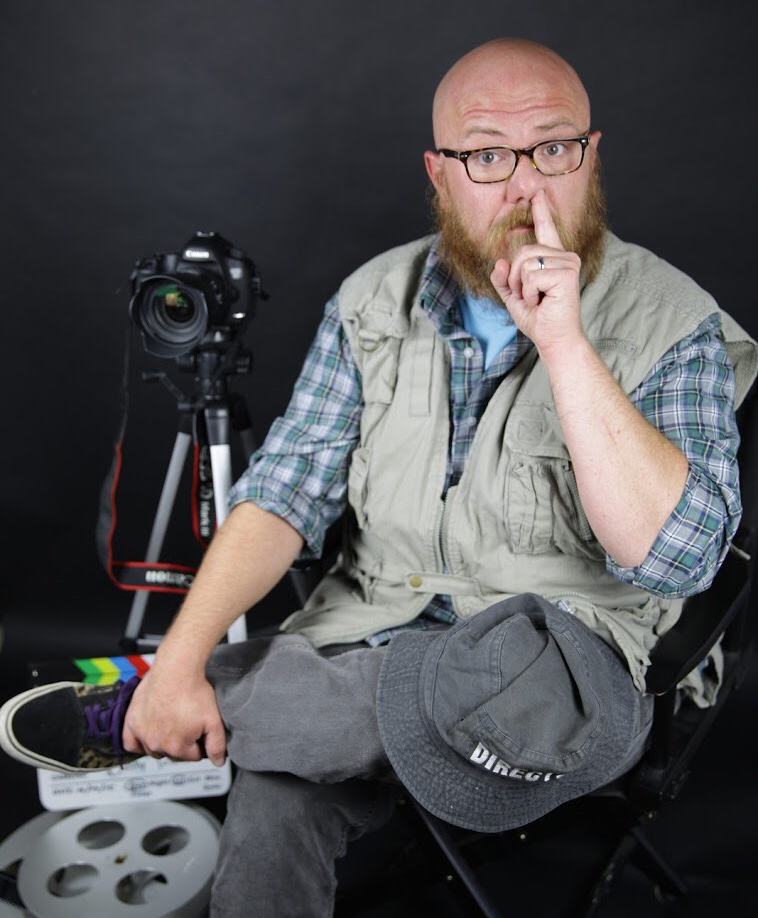 Dusty Trice began moonlighting as a stand-up comedian in 2012 at the Comedy Zone in Charlotte, NC. He moved to Los Angeles in 2013 and co-created the Stand Up Bus in Hollywood in 2014. Dusty wrote and directed the short film MACARONI NECKLACES (2016), had a supporting role in SOME LIKE IT BORING (2018), and as the titular character in BEAUREGARD (2019), in which he did his own stunts… completely nude. He has since written several screenplays, pilot scripts and books, including RISE OF DOCTOR FROWNYFACE.

In his spare time, Dusty is an expert recreational gardener, tends to his fruit trees, and creates abstract art from tissue paper. Dusty Trice lives in Los Angeles with his wife Janie.